Which Should You Choose: Whiteboard Explainer Videos vs Talking Head Videos?

While there are a variety of ways you can promote your business, no other piece of marketing content is as successful as a video. Not only are videos more likely to appear on searches run on Google, but they’re also actively promoted as the preferred type of content on platforms such as Facebook and Twitter. Including a video on your landing page also means that visitors will spend 88% more time on your website, again boosting search rankings.

As you can see, there’s no doubt that videos are essential for your brand, but you shouldn’t just make any sort of video. You need to pick the right kind of video that suits your messaging and purpose to create maximum impact. To help make your choice easier, we’re comparing the two most popular explainer video formats – whiteboard explainer videos and talking head (or live-action) videos.

A whiteboard explainer video, like the name suggests, mimics a whiteboard with a plain white background on which a hand draws images and text while a voiceover conveys the message. But you won’t actually be filming a real person drawing on a whiteboard. Instead, the video will be created by an animated explainer video company that will use software to show custom illustrations and text and animate stock footage of a hand as if it is drawing those images on a white background. A voiceover will be separately recorded and layered over the video in perfect sync with the visuals.

A talking head video, on the other hand, involves a real person talking about the subject of the video. They may simply speak about the topic of the video or they may demonstrate the way a product or service looks or works. A talking head video could either have only one person speaking for the entire length of a video or cut between multiple people, with each saying something different. These may be made by a regular video production house or even an animated explainer video production company that could enrich the video further by adding animated elements on top of the live video.

Now that you can differentiate between a whiteboard explainer video and a talking head video, let’s take a look at the two most important factors that will help you choose which to pick for your business.

Even if you have the budget for a talking head video, it’s really the messaging that should decide which kind of video you should opt for. If it’s something like a physical product demo, a talking head video will work better. Talking head videos also work great to create an emotional connect with the audience, or if you want to showcase the people in your organization. Whiteboard videos are perfect for explaining an idea or concept, service or product benefits, a how-to tutorial or any kind of content that aims to educate. This does not mean that whiteboard explainer videos do not evoke any feelings in the viewer and are dry or boring forms of content. The best whiteboard explainer videos are engaging and delightful to watch while also serving to inform, provide insight and provoke thought and action. Of course, it’s wise to choose a premier animated explainer video production company like Motionvillee to ensure your whiteboard video educates and engages your audience at the same time (not an easy feat!).

There’s actual neuroscience research that suggests the simplicity of an animated whiteboard video makes it a suitable choice for an explainer video and that talking head videos have a lot riding against them (such as viewer bias and the human tendency to focus on the face of the person and read into the subconscious signals they may send instead of the message). The same study also says that viewers are able to retain more information when they see images and text accompanied by audio cues (as in a whiteboard explainer video) than they would after watching a talking head video.

However, as mentioned above, which video you should pick for your business video depends on the reason you’re making the video in the first place. And, as in all business endeavors, your budget.

Need an explainer video for your business? Send us a quick email at hello@motionvillee.com or comment below and we’ll help you determine which type of video is best suited to your needs even further. 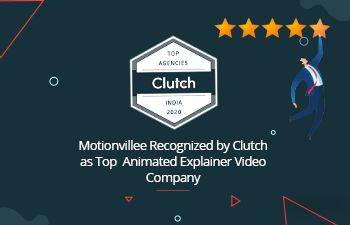 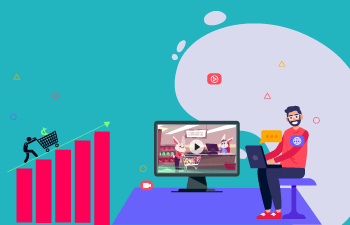