More often than not, your explainer videos are the first thing that your potential customers see of you. People don’t mind watching a 90-second video and that’s how they get introduced to your brand, either through a random ad on FB or through a blog post of yours. With a clear vision about their explainer video in mind, most companies outsource this task as it requires a lot of expertise. Hiring the services of an animated explainer video company that has been in the industry for a long time gives you an adequate cushion to create a video that is unique and demanding.

Well, to make you understand the various factors involved in making an explainer video, we outline the steps that MotionVillee follows:

When a client comes with a “We need an explainer video” statement, there is no template that is readily available which makes it happen in flat 30 minutes. This isn’t a mass-made burger that follows no rhyme or rhythm in getting made.

Even if you manage to create a high-quality video with terrific graphics, if the script isn’t good, your prospects won’t remember it and the entire exercise would be futile. The script should pass through various iterations to ensure that it is as solid as possible. Hire an experienced explainer video company who have a scriptwriter on their rolls. Your script should be able to convey the message in a succinct way without confusing the audience.

A storyboard creates a step-by-step visual representation of your entire explainer video. Sketches of the entire script are made so that you can see if there are any inconsistencies, and make changes if necessary. Think of storyboard as a comic strip, it will show transitions, scenes and the progression in the explainer video. The voice-over, music, animation, illustration, and sound effects are entirely dependent upon the storyboard.

Unless you decide to use your own voice, the animated explainer video production company would have professional voiceover artists which you can utilize. MotionVillee has different types of voiceover artists based on the tone that you need to employ for your explainer video. It is best advised that you use an experienced voiceover artist instead of working with an amateur because it can go wrong if your viewers feel that the voice doesn’t match with the video’s context.

Based on your brand guidelines, the animated explainer video company will create a visual style. This is also called as a coloured storyboard. This will include character design, text, background colour, illustrations, icons, etc. This is a time-consuming process as the explainer video company should adhere to the client’s brand standards to create a high-quality visual style.

This is the stage where your animated explainer video takes shape. The Visual Style is brought to life here, add voice-over recordings to this and the explainer video is almost completed at this stage. This process can take up quite a lot of time, it is better to allocate time for this stage accordingly. The quality of the final video is entirely dependent on getting the animation right.

Music and sound effects create a lot of impact on your video even if people might say otherwise. The right music can set the tone while anything else that is not ideal can be an irritant. Characters in your animated explainer video display emotions while music complements these emotions. Music can be best used to lead the audience into situations. Apart from adding sound effects and music, even features like subtitles are liked widely by most audiences. An experienced animated explainer video production company would own several styles of music and sound effects to complement your video.

Once you have added sound effects to your explainer video after following all the above steps, the entire explainer video is completed. The next step is to distribute the explainer video on different platforms, including your email subscribers, social media handles, paid ads, relevant communities and so on. In fact, the animated video company would be able to direct you to use marketing strategies that they have seen their clients do. This way, you can learn from the best in the market.

“Anything that can go wrong will go wrong”- Murphy’s law. This is the famous adage that originated during World War 2. At MotionVillee, we truly believe that things will go wrong if you don’t plan properly or have an experienced team getting your job done. MotionVillee has worked with hundreds of clients for their animated explainer video and has done a good job of it.

For a process that is as complicated as this, having a guidelines document that outlines all the processes to the T solves half the problem. An experienced animated explainer company would have a document for each of the processes so that nothing goes wrong. There are backups prepared so that none of the work gets lost. In short, Murphy’s law doesn’t really work if you are extremely well prepared. With all that said, the folks at MotionVillee makes sure that everything works perfectly well.

Working with a professional animated explainer video company means that you will get a video of the highest quality from them. You can even ask for a video that is available in different resolutions so that you can share it on different platforms. With all that said, all the processes need to come in perfect combination to get the desired explainer video.

Here’s a piece of expert advice though, do not succumb to the pressures of creating a template video. They won’t look professional and can derail your marketing efforts with its sloppiness.

If you have decided to get started on your business’ branding, let MotionVillee help you by creating an explainer video that will tell the world who you are, what you offer and why your products should be chosen in the most intuitive way possible. 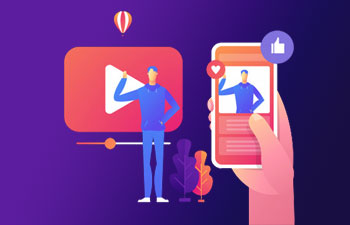 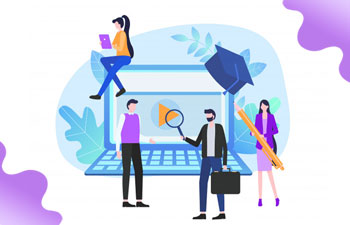